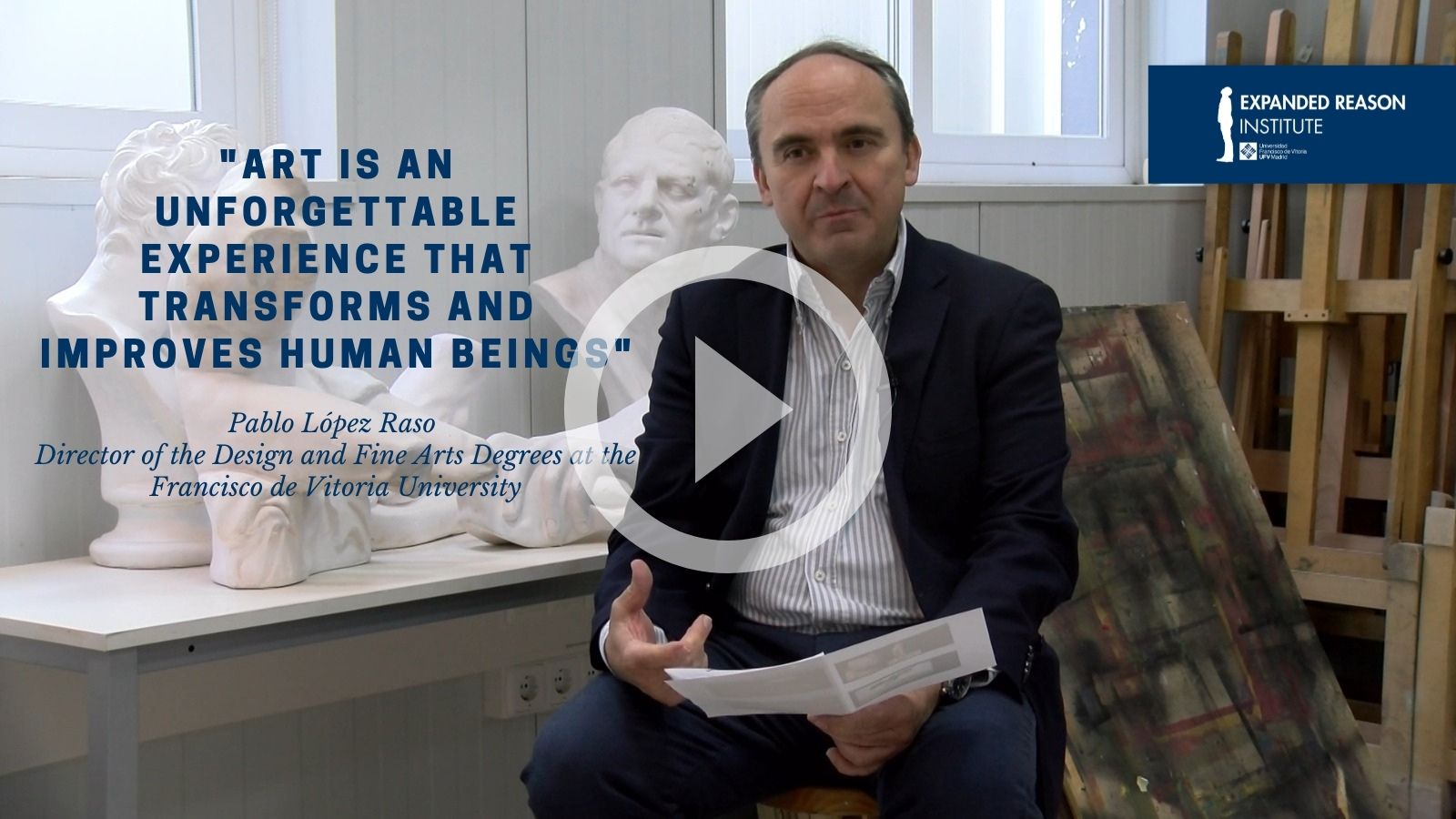 Art is not meant to be a self-referential discipline, but rather to be able to transform the artist’s own life and take him or her to another place with its teaching: an unforgettable experience that is intrinsic to the betterment of the human being.

Through a brief tour of four outstanding works, the director of the Degree in Design and Fine Arts at the UFV, Pablo López Raso, accompanies the spectator through the four questions of Expanded Reason and explains what the meaning is from the point of view of art. 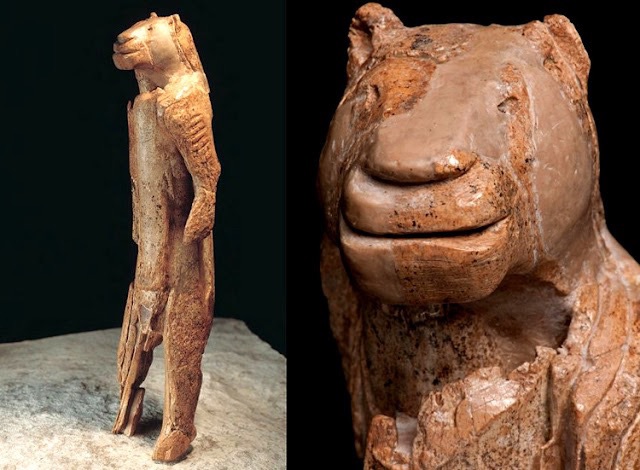 It is difficult to choose a piece that speaks of man in all his dimensions. Pablo López Raso, the director of the Degree in Design and Fine Arts at the UFV, quotes Professor Mc Gregor when he talks about this sculpture in his book “Living with the gods” and clarifies that “it is not so much what it represents, but what it hides: the very origin of art”.

This Lion Man dates back some 40,000 years and, although earlier cave paintings are known, they are of animals. It is the first time in prehistoric times that an upright person has been depicted as a lion. What is interesting is the differential between man and animal: his symbolic mind, his capacity for metaphorical expression, which introduces transcendent beliefs that go beyond himself and speak of man’s dialogue with mystery, right from his beginnings.

It also refers to the attributes of a man who lives in a hostile nature and would like to have powers: the intelligence of the owl, the vision of the eagle and the courage of the lion. If what governed existence in ancient times was survival, how long must it have taken to carve several pieces of mammoth horn, which is how this figure is formed, to insinuate movement and give him the authority to stand like a Lion man?

The question of the man is about the awareness of his own existence, of his identity, given that he has memory and a past: “This Lion Man speaks of a story, the narrative has to do with the ancestors and the capacity to imagine and dream, to project himself into the future, to be the hero that the Lion Man was meant to be”. Art, apart from being useless, as Oscar Wilde said, is spiritual nourishment, an attribute of homo sapiens, thanks to which the human being’s concern for the transcendent and the representation of the sacred is exhibited.

The question of TRUTH 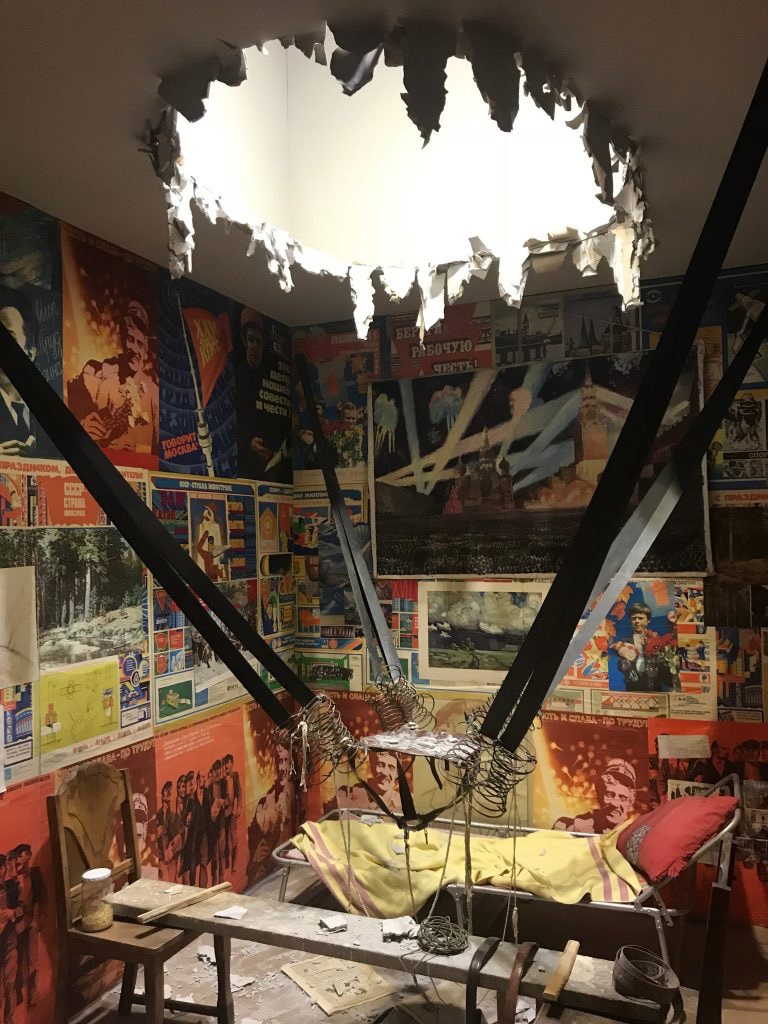 Ilya and Emilia KABAKOV (1984). The Man Who Flew into Space From His Apartment

This is a work of conceptual art and a manifestation of the group world, which is understood by its context. The Ukrainian author and his wife know how to be witnesses of an era, in which, through an installation with a very contemporary format without physical support, they fabricate an atmosphere so that the spectator is impregnated with an experience and draws an idea or conclusion in his own conscience.

Pablo L. Raso argues that it is a “crazy situation”. Kabakov was a Soviet citizen who lived under the communist dictatorship, which is why the reflection of truth fits in with that of freedom itself, since adapting to reality is the encounter with truth. In that totalitarian system, creator of fiction and false utopias, he aspired to true knowledge, without deception.

“His work is surprising because the rubber seat is reminiscent of Wile E. Coyote’s inventions in those Roadrunner cartoons”, jokes the director of the Degree. Thus, a person who is subjected to the repression of his ideas by an anti-democratic system recreates a minimal flat, lines the walls with immersive and threatening propaganda, and transmits the pride of the USSR for conquering space with Sputnik: “They lived in a big lie because it was a country where people lived with just enough, without luxuries, in survival mode, and the author tries to escape from reality in a surreal and ridiculous way”.

In fact, the subtitle is: “He hasn’t found it yet”. In short, it reflects the dream of any dissident and art can be seen as a method of denouncing falsehood: “In this irony there is a lot of truth”, the teacher remarks. 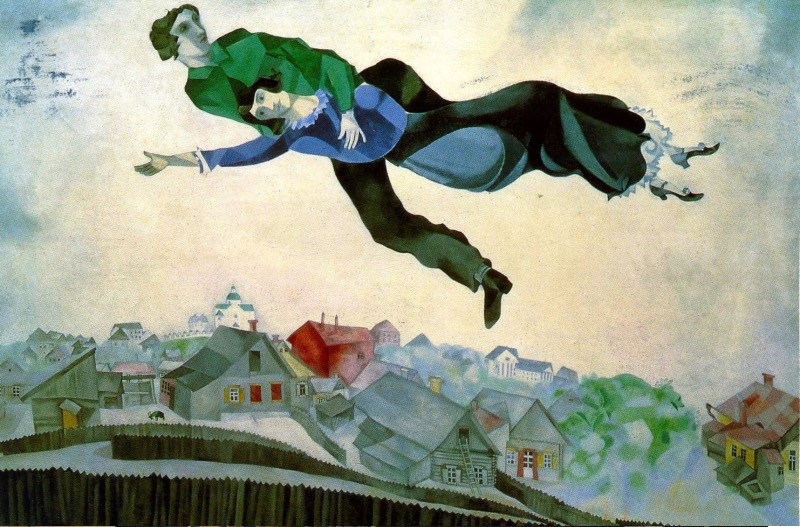 The ethical question is the question of the good, as a natural aspiration of the human being, beyond the fact that the circumstances of life mark out other paths that lead away from this ideal and generate justifications. Professor López Raso understands that Chagall is a model, not only for his work, but also for his ethical attitude in his work and existence.

He is an artist within the Paris avant-garde, “a loose verse”, whom the surrealists would accept as an antecedent. He is a Jew in Tsarist Russia who lived through the Bolshevik Revolution, lived concentrated in ghettos, yet loved life and aspired to happiness in the midst of unjust persecutions. Most shockingly, when he was in Paris visiting his girlfriend, with whom he has a self-portrait of himself flying, the First World War broke out, and he had to stay there. He was lucky enough to be reunited with his beloved, but his artistic progression was cut short.

In this work he metaphorically reflects the happiness of the person, that of the artist, to live love. He is interested in the world of fables, tales and legends, and he creates a mythical world of his own, in which he takes to the air in a state of falling in love, which he represents literally.

It has to do with good because it expresses the understanding of a world that is always an opportunity and intrinsically good. When Hitler comes to power, which causes him to flee to the USA again, he continues to bet on a work full of love and hope, giving back good in the face of so much hate and sharing the donation with the person he loves the most.

The question of MEANING

The image speaks of the meaning of Gauguin’s life and of the meaning of the life of any human being. According to the director López Raso, this author is not exactly an example of ethics, but rather of selfishness because he was only interested in his own prosperity. He was a stockbroker in Paris and decided to go off to paint with his Impressionist friends, abandoning his wife and children. Paradoxically, he devoted himself to seeking the pure feeling of the primitive world, without the poison of material interest.

He painted the picture at the end of his life, after many travels and vices, obsessed by France’s oceanic colonies. In Tahiti he made his life a pursuit of pleasure, in fact, he famously had relations with underage women and transmitted syphilis. But in this case Tolkien made a reflection about him that also convinces Pablo López Raso, and that is that, although in his life he was a scoundrel, it is in such a spectacular and high quality work that the uncorrupted region of this person is to be found.

He painted the mural after a bad experience: when he returned to Paris with a reputation as an artist, he was not as successful as expected. He became more ruined, remorse set in, he learned of the death of a daughter, suffered from various illnesses (including liver disease due to drinking) and fell into depression. Friends encouraged him to return to Tahiti, but when he arrived he attempted suicide.

The image, on sackcloth (potato sack), conveys a moment of lucidity in which he asks himself the big question: what is life about and what is its purpose. This work is a vital testament to what life consists of. The narrative runs from right to left: from birth, the fullness of the fruit, social relations, the transcendent totem, to the mummy who represents the end. The old and ailing Gauguin finally understands the meaning of life, which he has not given it to him.