The pandemic and its consequences: A question of numbers?

Dialogue on science and philosophy, avoiding reductionism in order to understand reality 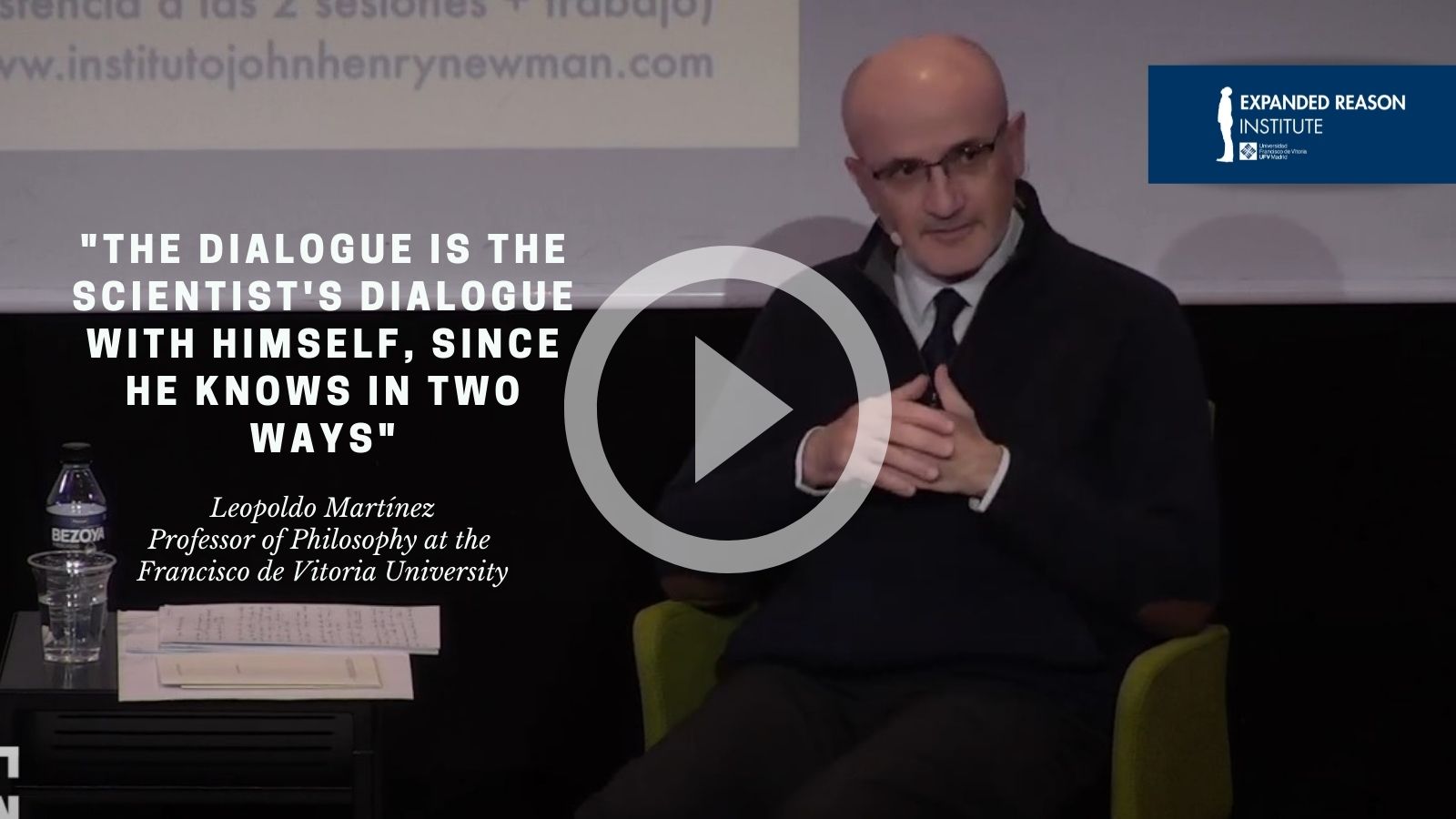 Leopoldo José Prieto López, professor in Modern and Contemporary Philosophy at the Faculty of Law, Business and Government of the UFV, points out that science and philosophy are two ways of knowing and the dialogue is not so much between scientists and philosophers, because their methods are different and objectively it is very difficult to build bridges, but rather between oneself and oneself, given that one knows in two ways, one must come to an agreement with oneself.

Remember that Aristotle said that all men naturally desire to know. Now, there are two ways of knowing: a specific, circumscribed knowledge, with a mathematical logic, which is called science; and a higher, less rigorous knowledge, which makes a general consideration of reality, which is called philosophy. He gives an example: when climbing a hill, below there is a fragmented vision of reality and above there is a greater vision, both true, but with a different focus.

The demands of teaching have led him to ask himself about the ultimate causes that characterise wisdom. Dialogue, in his opinion, must begin with some minimums, but he is sure that there is no conflict between science and faith because of their epistemological diversity and because there cannot be two contenders in the same field. On the contrary, the great scientists of history have always been people for whom theological interests were at the heart of scientific activity. They were clerics who felt they were observers of the finely constructed Creation from which an intelligent Maker is rationally deduced, and knowing that mathematical logic they praised God. Galileo himself, as an astronomer, said that there can be no confrontation between the Bible and science because the former speaks in view of human fulfilment in colloquial terms and the latter uses experimental observation and mathematical reasoning from which God does not dispense. Therefore, he clarifies that these are matters that move both head and heart, since science learned from books and teachers is in turn learned from the world, made according to number, order and measure.

In his opinion, the cultural battle in Europe between science and philosophy makes no sense: one could say that the object and method of science show that there can be no antagonism between a circumscribed way of looking and a wider way of looking which constitutes the matrix of theology. The three levels of knowledge, scientific, sapiential and fiducial, are indispensable, since one must trust in order to know. The vast majority of things we know by human faith, because books and professors tell us so, and only when we acquire science do we fly on our own. What God has said to men falls within the realm of truths that have an impact on human life and salvation, far from understanding faith as mere moralism.

Characteristics of the scientific method

Leopoldo Prieto begins by defining the characteristics that are not proper to the scientific method, that is, everything that is not subject to sensory apprehension. He explains that the empirical refers to what can be perceived by the senses and that to any corporeal reality corresponds the attribute of quantity. For him, matter is like a Chinese box that the more you open it, the more it keeps opening, i.e. the atom is composed of particles, and these of others, and so on. In short, the first attribute of science is that the bodies are distended and this division results in numbers with which operations are carried out, but these, he insists, indicate only a few things. He defines science as a knowledge of quantitative realities with sensory access to which measurements are made and with these operations bodies are studied.

“A broad view is that of the wise man”

He recalls that Aristotle, before being a philosopher, was a scientist and cultivated biology. It was in his maturity that he ascended the mountain of knowledge and speculated abstractly on a theory of the world starting from its ultimate causes. He thus invokes a mode of rationality superior to the bodily aspects, but at the same time without neglecting the capacity for reasoning.

He argues that non-material realities cannot be denied according to a mode of knowledge that is constituted by sensory apprehension and that science must declare itself incompetent to say anything about realities of another nature, since, if they are explained by its experimental procedure, made to measure the corporeal, it would be “barbaric”. This is precisely what is meant by reductionism, i.e. the reduction of a whole, a complex reality, to certain material properties.

In the example of an elephant sliding down a grassy hill, there is no elephant, no hill and no grass if only three precise properties of the reality picture are of interest: the elephant is a weight and the slippery grass a coefficient of friction. Difference, complementarity and harmony are needed.

He considers that the Englishman Hobbes is responsible for an impoverishing conception of man without intellectual gallantry. He gives an example: just as a tailor’s cut of a cloth provides a knowledge of the jacket relative to the quantitative order (outline, width and perimeter), so the formulation of scientific laws is preceded by an activity in which the scientist isolates properties, producing a certain “violence” in nature. Therefore, the law of science is exact in its formulation, but approximate in the description of real phenomena.

1.There are three ways of accessing reality that must be coordinated and harmonised, so there must be a dialogue on the different levels of the same reality.

2.Galileo’s revolutionary statement that knowledge of the essence of bodies rests on the isolated investigation of properties must be taken into account, so that the method in the search for truth should not be limited to formal-logical deduction.

Leopoldo Prieto concluded the Horizontes Cycle by encouraging the audience to educate their intelligence so as not to damage the logical structure of knowledge: “See that if this world exists, it is because a builder has built it, that if you see order, it is because there is a computer”.