Following his recent lecture on the influence of Rudolf Allers on the psychological sciences, Professor Alejandro Leal delves into the anthropology underlying the book “Man’s Search for Meaning” by Viktor Frankl, who was a disciple of Allers.

The subject of his doctoral thesis, Frankl was the pioneer of “logotherapy” as a therapeutic model that validates different relational dimensions in the human being. In fact, the group of thinkers who converged at the time of this author have in common the thought that man is free and responsible for his actions, which leads to being able to change the future, far from the determinism that prevailed with Freud’s psychoanalysis. 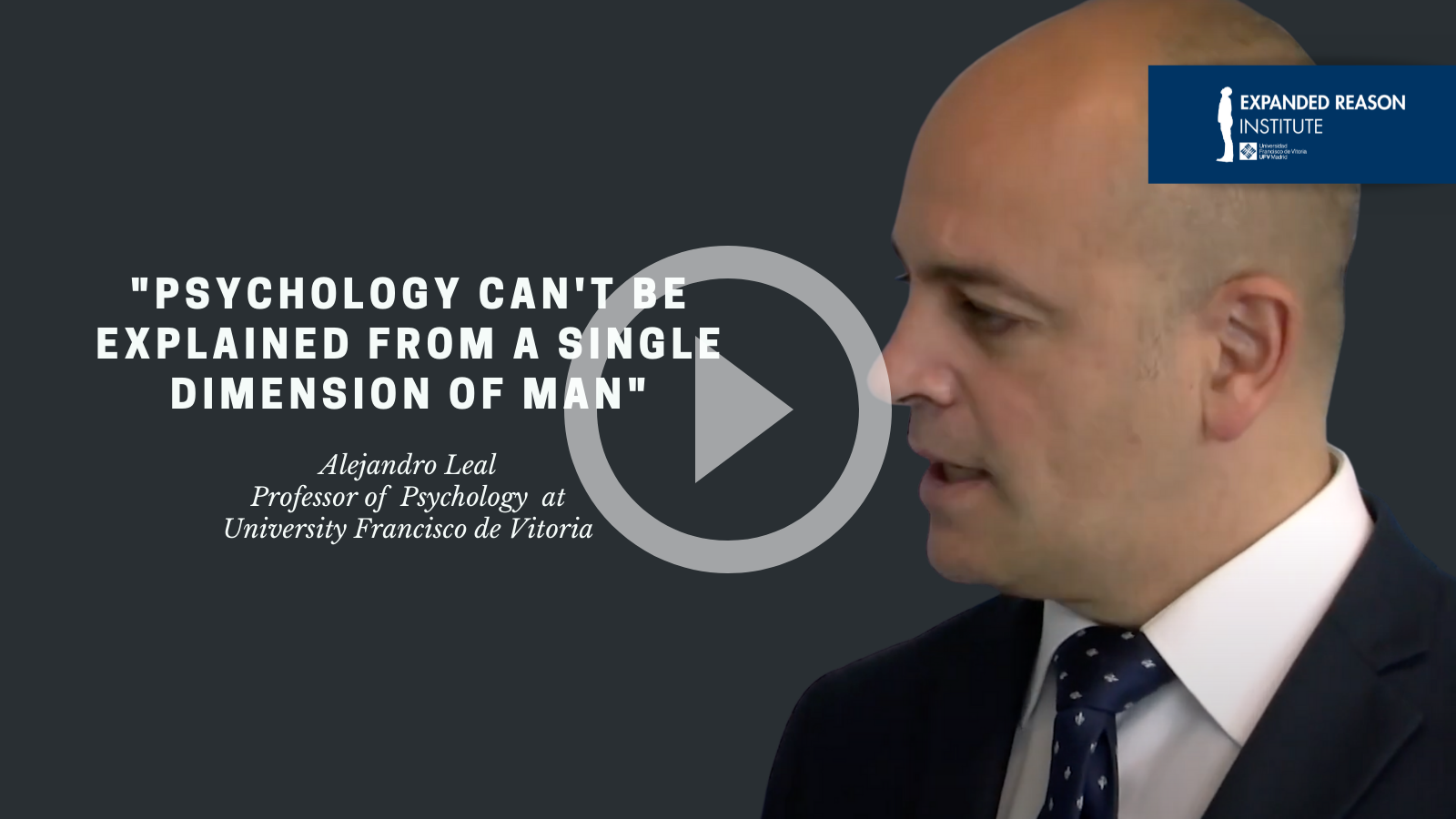 According to the UFV professor, the broadening of the horizon of psychology involves not reducing man to his psychological characteristics and considering the proposal of dimensional ontology. So, how does Viktor Frankl understand the human being? As a unique being that is open to biology, psychology and spirituality in an operative way.

Alejandro Leal explains it with a case of psychology, that is to say, a diagnosed severe depression can have a chemical, biological reason, but it can also include a relational, psychological cause, with other beings, and if the patient also lives a meaningless life, it touches on the spiritual dimension.

He thinks that the big mistake is to stay with only one dimension of man, as the origin of the pathology may be an emotional conflict that has no empirical explanation: “Not everything is chemistry in psychology, there are other dimensions where the explanation of the problem lies”.

In this sense, he argues that if you take a cylinder and project a beam of light onto it, you can obtain one shape or another (rectangle, square, etc.), depending on the movement. Therefore, depending on the dimension of the human being analysed, you will see one thing or another, and in any case it will not be the complete figure: “By moving on a reductionist plane, we lose the whole of reality”.

On the other hand, the professor of Humanities at the UFV is convinced that the most positivist psychology could find a point of union with Frankl’s theory in a dialogue that invites us to ask the big questions. Asking why anything exists, why life itself exists, why there are questions that arise naturally leads to the acceptance of V. Frankl’s dimensional ontology. This can be done on the basis of reason, knowing what possibilities exist and how far reason itself can lead. And he adds: “When the answer does not come, one should not remain locked into a patch of reality”.

Finally, he clarifies that the ideas of the author of the book, which has been translated into more than 40 languages around the world, were prior to his arrival at the concentration camp, after a long career with the psychotherapist Adler, from whom he ended up separating. Precisely, his dimensional ontology was attested by the very human behaviour of those who sacrificed their lives for other people in extreme situations.